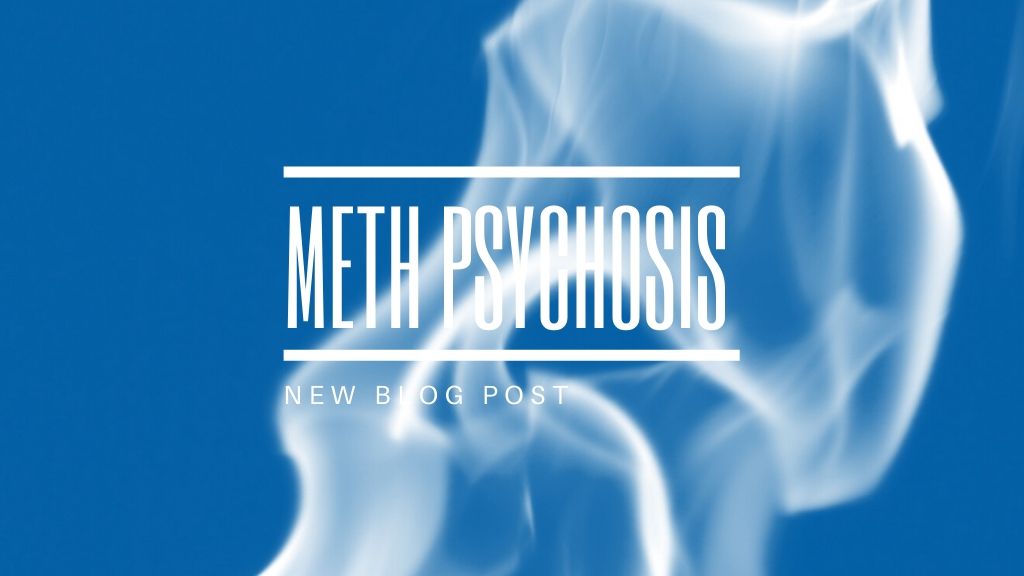 Methamphetamine, also referred to as crystal, blue, ice, meth, and speed, is a stimulant that affects the central nervous system. Meth is a highly addictive drug made from toxic chemicals. It stimulates dopamine levels in the brain’s reward center, encouraging users to continue abusing this potent drug. Meth can have a significant impact on your health. To learn more about the way meth abuse is affecting your health, visit our blog here. A very intense and extreme symptom of abuse is meth-induced psychosis.

What is Meth Psychosis?

Meth psychosis causes delusions, hallucinations, and paranoia. People experiencing this will not be able to separate reality from their delusions. These confused states may lead to violent behavior, making them dangerous to themselves and the people around them. Meth psychosis is comparable to paranoid schizophrenia with similar symptoms, such as experiencing things that are not real, delusions, and aggressive behavior. The neurotransmitters in the brain that are associated with schizophrenia are the same ones affected by the use of speed.  Chronic abuse of crystal can lead to meth-induced psychosis. Dosage, frequency of use, duration of addiction, and co-occurring disorders impact the onset of psychosis. People that also suffer from co-occurring mental health disorders are more susceptible to developing psychosis while using meth. Psychosis can occur during use, during withdrawal, and when sober.

How Long Does Meth Psychosis Last?

The duration of meth-induced psychosis varies for every person. Symptoms may last several hours, and typically a person is able to recover in a week. It may pass as the person is coming down off the drug. In some cases, psychosis can affect the person for months or even years after they have stopped using crystal. After quitting use, psychosis can affect the person for six months or longer, depending on the length of their addiction. Symptoms of psychosis may occur if they are experiencing extreme stress or if they relapse. Long-term abuse of crystal can cause brain damage, which would cause psychosis to continue even once they are sober.

If you or a loved one are struggling with crystal meth addiction, get treatment at Archstone Behavioral Health, located in Lantana, Florida. Archstone is a drug and rehab facility that offers a full continuum of care to treat addiction and co-occurring mental health disorders. Withdrawal symptoms from crystal methamphetamine can be very dangerous and should be done with medical supervision. Archstone will provide medically supervised detox to help you on your journey to recovery. Call 561.631.9478 today.