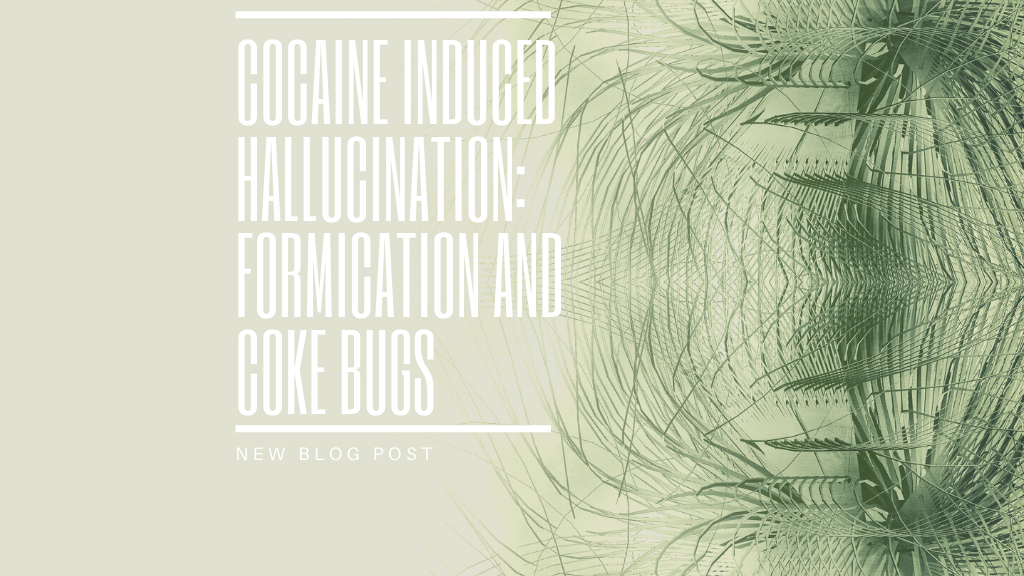 Cocaine is a highly addictive stimulant that can be snorted, injected, or smoked. Some slang terms for cocaine include blow, coke, crack, rock, and snow. When used, it increases dopamine levels and stimulates the reward center in the brain. People will begin to build up a tolerance to these effects and need to use more of the substance to feel the same effects and avoid withdrawal. Cocaine can cause users to feel extreme happiness, hypersensitivity, irritability, and paranoia. Psychosis induced by cocaine use can include a condition called formication. Formication is the delusion that bugs are crawling on or under the skin.

Can You Hallucinate on Cocaine?

A high percentage of cocaine users experience psychosis, including paranoia, hallucinations, delusions, and the feeling of being watched. Throughout their use of this substance, over half of all users report experiencing some form of psychosis. Higher rates of hallucinations and more intense symptoms occur with repeated intermittent use. An intense experience that many cocaine abusers face is coke bug hallucinations, or formication.

What are Coke Bugs?

Cocaine and some other psycho-stimulant drugs can cause the user to feel like they have bugs or worms crawling on or under their skin. Drug-induced formication was first discovered in 1889 in patients who chronically used cocaine. Coke bug hallucinations cause people to dig, scratch, itch, pick, and even cut their skin in an attempt to get rid of the bugs. These reactions cause lesions, bleeding, and scabs on areas of the body they can easily reach, such as the face, neck, thighs, scalp, and arms. As formication hallucinations become more intense, users may gouge out sections of the skin and cause ulcers while they are trying to rid their bodies of bugs.

Which Drugs Can Cause Formication?

Get Treatment at Archstone Behavioral Health

Anyone struggling with drug abuse or cocaine psychosis should stop use and seek help immediately. Detoxing from cocaine can be dangerous and should be done at a detox facility under the supervision of medical professionals. Archstone Behavioral Health, located in Lantana, Florida, is a rehab center for drug and alcohol addiction and co-occurring mental health disorders. We offer a full continuum of care, starting with our detox and medical detox programs. If you are struggling with addiction and need help, call Archstone at (561) 264-4961 right now!